Person Not Party – Voting for Judges 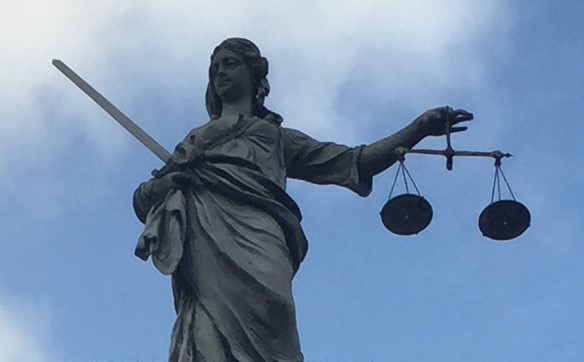 Every few years we have the opportunity to elect the person who may at some point decide our future either due to a civil dispute or a criminal matter.   I believe in our judicial system and know that there is not a better way in existence to resolve disputes than through a jury trial presided over by a fair and impartial judge.

We as Texans have the right and responsibility to elect our judges.  So how are you supposed to know which judge should get your vote?  Maybe you should just vote straight ticket if you don’t know because that person “must think like me if they are in my same political party”?  Maybe by who has the name that sounds familiar?  Maybe by the time you get to the judicial elections you are so tired of trying to figure it out that you just quit there?   All of these “ways” of deciding who is the person who may be the judge deciding your case happen.  They are all not only wrong but dangerous.  There have been elections in the past few years in the counties around us in which the least qualified of all the candidates was elected because of one of these reasons.  We have lost great judges from both parties due to a straight ticket vote swing one way or the other.

It is hard for me to make a determination on which judges I would vote for who hear strictly criminal or family cases as I only handle civil cases.  Before I vote on those positions, I ask friends of mine who practice before those courts as well as do my own research to decide who I should vote for.  In this election, as in elections past, I have created a list of the various courts along with who I recommend for the position.  I have also listed with which party they are affiliated.  As an aside I understand why the people running for judge need the backing of a political party as it is expensive and time consuming to run a campaign, but once the general election comes I believe the judicial elections should just list the candidate without party affiliation and making it where any straight ticket vote would not register for either candidate.

When I hear judicial candidates proudly state that they are against lawsuits or for any particular organization for group (whether it be to limit recoveries, for locking people up, etc.), I have to wonder if they are planning on following the law or trying to make it from the bench.

I know what some of you are thinking:  You are supporting particular judges and want us to vote for them because they rule for you?  While that would be great, it is not the case. In fact almost every one of the sitting judges, despite my brilliant arguments, has ruled against me or made a ruling which negatively impacted a position I held at least once.   So why would I support them?  Why not just vote for a particular party?  I support these individuals because I have practiced before them, seen their work, read their opinions (or the candiates they are running against) and want the best judicial branch of the government we can get.  I want a judiciary which treats everyone as equal and not as a statistic to appease their supporters and donors.

Three:                   Read their propaganda (I mean mailers).  Any decent ones are going to list the candidates’ accomplishments and biography.  Here is what sends up red flags for me.  Any candidate who touts that they are going to be tough on criminals, get rid of frivolous lawsuits, be more republican or democratic than their opponent, etc., etc.  I know that political parties are a necessity for the backing and support of candidates (including judges) but I want an elected official who is fair to all.  I want a judge who is going to have one job and that is to enforce the laws as they exist and treat everyone equally.  I want a judge who believes in the innocent until proven guilty and not one who brags about putting people in jail or being tough on crime.  If you enforce the law then usually the right thing happens. If you have an agenda – run for congress and not the bench.  Do some investigation on the candidates before you vote on someone who may impact your life greatly in the future.

Five:                      You are allowed to take written notes or information into the voting booth. (You cannot use a phone, etc.)  After you have done your research and made your decisions, make a list and take it with you when you vote so you don’t get forget who it was you decided on for the position of the ballot and make sure you finish the entire ballot.